There is quite a bit of info about me on the first page of the blog, but what writer doesn’t like to talk about herself?I am a 65 year old comely but crippled Poetess living in Colorado, in the beautiful Poudre River Valley just outside the city limits of Fort Collins. 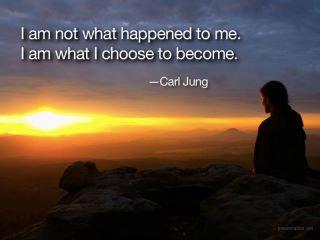 The West and the Southwest are in my bones and blood; I am a fourth-generation native New Mexican; my mother was an artist whose career was short-circuited by mental illness and addiction.  My father was a brilliant scientist from New England, and Chief of Disease Research of the Roosevelt National Forest. My brother Stuart is a self-taught, award-winning painter: http://www.viewgallery.com .  His luminous paintings of the Collegiate Peaks that surround Buena Vista, Colorado grace the walls of my apartment.

We have a bona fide American heritage in that our maternal great grandfather was Bernard S. Rodey, founder of the University of New Mexico, a go-getting Irish emigrant who hunted with Teddy Roosevelt; my grandmother went to Gunston Hall, a prep school, w/ Roosevelt’s daughter Alice.  My grandmother married Raymond B. Stamm, whose brother, my Uncle Roy, founded the Albuquerque Balloon Festival. The Stamms married into the Jenne family, then pronounced Jenne beginning with a descendant of one John Jenne, a dutchman who married an English girl; they landed at Plymouth Rock in The Little Anne.

My father’s family is traceable to the Colonies, where perhaps those Andrews’s knew the Jenne’s.

As a young writer, I was mentored by Robert Bly, Tom Wayman and Colorado poet laureate Mary Crow,  and  moved to Minnesota in 1971 with a boyfriend who eventually left me ostensibly to travel the Amazon with a fellow grad student.

I traveled to Europe with fellow poet Caroline Marshall in 1973, where I fell in “love” in Verona at nightfall with a  med student who took me to the fabled balcony where Romeo is said to have wooed Juliet, and kissed me, reading “What yonder light doth break: ’tis the sun– no, it is Juliet, my love.” in Italian.

We  managed to communicate via telegram while I camped with my companions on Corsica; after he sent a letter to me inviting me to Reggio Calabria at the toe of the boot of Italy,  my companions informed me that I was to be the one of the three of us to have a summer romance, depositing me at the train station in Livorno. I traveled for 20 hours alone in a trance by train to Reggio Calabria, at the toe of the boot of Italy, where he had been meeting every train for several days.  We spent ten weeks together in which I learned Italian and he mastered most of my  nonverbal cues.  I will never forget “quella partenza dolorosa”– our sad parting, he, leaning from the window of a dusty train car holding my hands, weeping; I, weeping, and all around us, standing on the platform, helpful Italian strangers weeping with us.  I’ve now written and posted in its entirety, a luscious (so I’m told) memoir of this trip, Nightfall in Verona.

On my return to Minnesota from Europa, I received a National Endowment for the Arts Fellowship in Literature, had a first collection, a “chapbook”, In Pursuit of the Family, published by the Minnesota Writers’ Publishing House, shepherded into existence by Mr. Bly, and was appointed Poet in Residence of the St. Paul Schools.  Before fall term I took a trip to New England and the Canadian Maritimes to revisit the beautiful Atlantic and write.

I am proud to state that currently I am the associate of a number of writers scattered throughout Italy and Sicily, one of whom is translating  my work!

Everything you hear about the 70’s is mostly true! This was an era in which writers looked out for each other as well as doing a lot of drinking, dancing, and what, for the sake of good taste, I will simply refer to as making love. I lived in a series of garret apartments furnished with antiques portaged with difficulty from Colorado to Minnesota, and I was possessed by the Muse, in that I wrote all the time, typing away at night like the Mad Hatter, and on the buses on the way to work, and especially, in the Commodore Hotel bar, where F. Scott Fitzgerald had lived some years earlier with the notorious Zelda.

In 1978 funding for my job ran out, my father died of emphysema, a romance with an Italian attorney ran into the ditch and I determined I would return to the magnificent American West to be renewed and begin another chapter.  I spent a summer cleaning up the family house, trying to get my mother on her feet, drinking a lot of white wine, and had a brief marriage to someone whose face I cannot remember.

From 1980-94 I bottomed out in my alcoholism, got into recovery,  finished my bachelor’s degree in English, and earned M.A. and M.F.A. degrees in Creative Writing, all at Colorado State, a land-grant college.  I taught composition, creative writing, and literature there, and analytical writing and issues-oriented writing about the West at the University of Colorado.

In 1990 I met my companion of 24 years,  Texas writer and teacher Jack Douglas McArthur Brooks aka Doug, or Jack;  we caretook the Joder Arabian Ranch in the Boulder foothills for a year and then bought six acres near the boarding stable where we met.  While on the Joder, my Arabian mare Majesty foaled a dark and gorgeous colt named D.K.– short for Dusty Kiss.

Life on the ranch was wild, woolly and wonderful, replete with 100 mph winds, forest fires, rattlesnakes and at one point, being chased by a pack of coyotes while aboard my mare, her nine-day old colt racing alongside.

At the end of that year, we bought six acres on the county line and built a home from scratch on land that had only seen the traffic pattern of foxes, beneath the flight path of Canada geese, along “Dry Creek,” not dry, beautiful, banked by ancient cottonwoods.  I will never forget the day our “doublewide” was brought over a narrow bridge in halves to our land, or what it was like to camp for an entire semester, bathe like a druid in the creek and make the commute to my teaching job with my sidekick terrier Duncan riding shotgun.

In 1994, disabled by PTSD,  a sleep disorder and depression,  I settled in federal court  for wrongful termination from my teaching position at CU under the ADA and took up a Western life with a vengeance, founding a bloodline of topnotch Golden Retrievers, raising all manner of living things on our land. I was taught to milk by a beautiful La Mancha goat named Seashell, whose teats were enormous and who gave me two gallons of rich milk a day which fattened the cats and the puppies.  My bloodlines, or should I say my dogs’ bloodlines, may be found at http://www.k9data.com under Gilded Peak or JenLore, my kennel prefixes.

Seven years  ago, my life changed in a split second; I had just ridden a beautiful Arabian mare I rescued; she was patiently standing still as I dismounted, when the saddle pad slipped, and the saddle rolled and I ripped my right leg out of the stirrup.  The leg was badly fractured, surgically repaired with 5 lbs of hardware, and I spent six months in a nursing home quite at home with a myriad of men and women with dementia, themselves extremely loquacious, especially at night.

The repair failed and the leg healed into the shape of a question mark around the hardware.  It swells without much provocation and I wear a wrap-around brace.  I get around in a cane and stripped down wheelchair; fortunately I can drive my battered pick-up hither and yon, and as of this writing am avoiding further surgery because it took so long to recuperate, and I would rather devote my time left  above ground to giving belated birth to another collection of poetry and to the writing of memoir.  By 65, you have a lot of stories to tell!  Many of the stories are hilarious, some tragic, and many, in between.

I am passionate, at this point in my life, about civil rights, animal rights, freedom of speech and especially concerned about the games district attorneys play, for reasons I may elaborate upon later.

In blogging up at WordPress, I hope to attract other writers/thinkers/bon vivants whose works in progress I am more than happy to read and respond to, with the hope that you will also read me.  What I have to say to young writers is that “summer’s lease hath all too short a date,” meaning, get your rears in gear and go for your dreams, because suddenly your life will turn one corner and you will be thirty, it will turn another and you will be forty and then even more quickly you will be sitting, perhaps in a wheelchair at a computer on a Sunday night writing words like these to send out into the void, hoping to hear more than an echo.  I’m on Facebook as Jenne’ R Andrews or Jen Andrews–