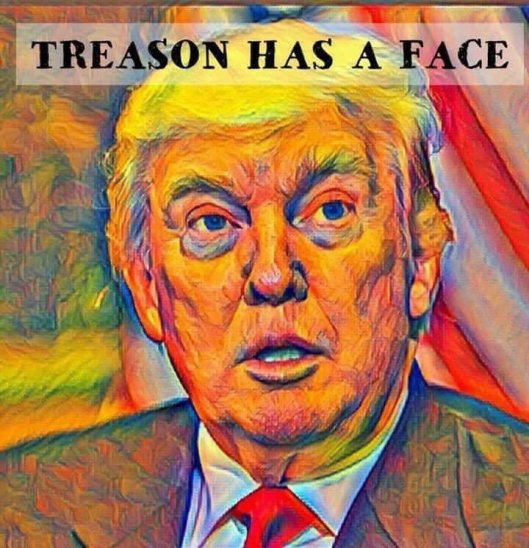 You. You there, with your head in a book, playing with your kids in the back yard, having a latte at Starbucks.  Yeah, you.  The ubiquitous American liberal.  You.

When is enough enough?  When is all the night and day talk cheap?  Because this guy is the last thing from a legitimate president.  He was put in power by the Russians, who gerrymandered, hacked and otherwise manipulated the electoral vote.

This man who pretends to speak for the half-literate gong-show rejects who think he’s even close to a good president is a traitor.  He has spent years being groomed by Putin and his oligarchs until the campaign against inclusion, globalism, sanctuary cities, humane treatment of the unfortunate which evangelicals have forgotten is the central precept taught by Jesus of Nazareth, has worked–.

Until the balding white Evangelical man, and the clitorally challenged homely white Evangelical woman,  thankfully not ubiquitous but snowed and blown by Fox News and the corrupt Right, got pissed off enough, in a black-lash against a wonderful and brilliant mixed race president who was indeed born in the US, to give him a paltry electoral margin of 75k votes while we the people elected Hillary Rodham Clinton by three million votes.

We don’t know how much was Russian influence but we know that Trump has colluded with the Russians because the e-mails with Donald Jr show it along with Manafort’s maneuvers, the tampering with the GOP platform to withdraw a commitment to arming Ukrainian rebels against Putin,   and obstructed justice with corrupt intent because he did it on TV, does it every day that he impugns the Mueller investigation or says that the IG report proves a vast left wing conspiracy to sabotage his “presidency,”  and no matter whether ten Howdy Doody Giulianis go on CNN blowing lies out of their baboon-blue assholes, truth is truth, facts are facts.

We hope that Mueller assails the American sensibility with the facts, that the Courts will uphold his right to subpoena Trump, and that he won’t just be preaching to the choir but that enough members of Congress will find within themselves an iota of integrity and impeach the motherfucker.

But who among us is holding his or her breath for this?  The way it’s supposed to work in a Democracy, in our country, this, these United States, where the rule of law allegedly rules the day.

We need to have a requiem mass for the rule of law because it is dying.  Laws don’t serve this despot king nor Administration nor are they respected by the man who has been breaking them for a lifetime egged on in the beginning by his KKK Nazi father.  Worse yet are the Devin Nunes’s in Congress who are the president’s shills for his sham agenda.

Some of us remember what happened during Viet Nam, among the people who opposed the War built on McNamara’s lie to Lyndon Johnson  that relentlessly took out 50k American kids and a quarter of a million Vietnamese.   We took to the streets; we organized.  The numbers of the outraged swelled and we split into groups under the aegis of Students for a Democratic Society, pushed hard Left by Kent State,  learning from those who had gone before who had rescued their countries from tyranny.  Like Che Guevara, Franz Fanon, Robespierre.

Behold:  see what the Declaration of Independence has long  said:  The U.S. Declaration of Independence states that “when a long train of abuses and usurpations, pursuing invariably the same Object evinces a design to reduce them under absolute Despotism, it is their right, it is their duty, to throw off such Government” (emphasis added). The phrase “long train of abuses” is a reference to John Locke’s similar statement in Second Treatise of Government, where he explicitly established overthrow of a tyrant as an obligation. Martin Luther King likewise held that it is the duty of the people to resist unjust laws.

In point of fact, although the weak knees in Congress and among liberals who sit on their hands and shake their heads belie that this ever happened, we rose up, a handful of us, against an oppressive English king and sailed to the New World, to Plymouth Rock.  When they followed us here, we fought them and shed our blood.  During the civil war we rose up against the ongoing atrocity and inhumanity of slavery and more Americans died than in both world wars combined.

In these battles that forged true patriots, we picked up the gun; we died for our principles and our country.

It is patently un-American  and in fact, immoral to do nothing while the traitor in the White House, Donald J. Trump, whom Vladimir Putin has personally groomed to effect a coup in the United States, transforming us into a Banana Republic, a man who with a web of back room deals with Russian oligarchs and the American mob has built a real estate empire with dirty money, helped by dirty people like Michael Cohen and Giuliani, trashes our country and makes an abortion out of the U.S. Constitution.

Make no mistake; we are under the tyrannical rule of a despot king who needs to be deposed in the way we did not hesitate to see that Bin Laden and Ghadafy were put out of business.  Every day we drone-strike terrorist cells while pretending we don’t have a domestic terrorist in the oval office who has instituted a pogrom against black and brown people and a campaign to restore McCarthyism to the American census. A despot who just made enemies of our allies and a friend out of a murderous thug who actually shot a few generals before his “summit” with the U.S.

We have come to the border of a country where we have not been in many years and that is the country in which people rise up against tyranny, abuse of power, corruption, graft and lately pure inhumane indecency condemned by the UN itself.

The 2nd Amendment, Declaration and other  mandates to protect democracy by the overthrow of the despot  king  give us permission to bring down a rogue regime in the United States.  No one has the guts to say this outloud.  No one goes there, not overtly, not in a “call to arms.”

Have you seen the images of toddlers in tears, ripped out of their mothers’ arms?  Mothers who have been escaping tyranny and abuse and poverty and terror coming to us for asylum, under international law?

Have you heard the astounding perversion of scripture out of Jeff Sessions’ and Sara Huckabee Sanders’ mouths justifying this EVIL?  Do you think that for Trump to blow Kim Jong Un and let our flag touch his should get him a Nobel Prize?  If you think that, Trump has saved the world from nuclear war you are a fool and a threat yourself to the rule of law that separates us from them.

It is time, my friends.  It is time to prepare for a revolution to save democracy from its worst elements on a corrupt government, the corrupt government put in power by Putin and his henchmen, and take that government down—to put ourselves on the line.  Amendment 2 belongs to us too, not just to gun-crazy cadres of cracker trash having daily target practice in Appalachia.

It is time to “lock him up,” cold-cock him in the balls,  and reveal him for the pig that he is.  And then to cry, “This is the face of Evil.  This is the Hitler of our time.  This is not an American.”

If I had my mobility, if I could leave my house, I would be organizing women and we would be training ourselves for targeted action against the dictatorship, the racist and bigoted right and the little Eichmann’s surrounding Donald Trump–

If America’s little civil parlays in the form of elections are not going to stop inflicting torment on the “least of these,”  if the Russian hackers are already swarming over Facebook like cockroaches, if gerrymandering can’t be stopped, if endemic and systemic racism and white evangelical nationalism and the cowardice in the U.S. House and Senate can’t be stopped, we the people must have the balls to step up.  We who do nothing except shake our heads and keep moving are complicit in this atrocity–this is the red line of all red lines.  Who will be brave.  Who among the “liberal elite” will invoke his or her “right to bear arms?”

Who will put this subhuman seemingly untouchable criminal who daily harms us all in their sights?   The Left has a 2nd Amendment too and it is there to be used as leverage and in a desperate time against rabid javelina pig traitors like this one.