I am sick and tired of yammering liberal commentators talking about Donald Trump confronting Vladimir Putin at the Hamburg parlay, asking why he didn’t confront him, etc., etc.

The deal has been reported on by Buzzfeed, who has cajones, and who posted ex-MI6 Christopher Hill’s authoritative, credible read-out after he was hired by a GOP operative to look into the Russia Connection.

Mark my words: if Trump doesn’t further obstruct justice by firing Mueller, this is what will be learned and further corroborated..

The deal was a quid pro quo shored up by Russia’s possession of highly incriminating videotapes of Trump’s stay in the Moscow Ritz Carlton and other places.  It was this:

America takes any resolutions about the Ukraine and what Russia wants to do there off the table, off the GOP Agenda, and we’ll put you in the White House with our hacks, fake news, general disinformation.

And don’t forget, Presidenten Trumpen, we have those pesky detallen on you: that you hired six Russian whores to piss on you in the bed slept in by the Obamas to defile them.

Yes, populists, poor marginalized working class people who voted for this raging, tweeting buttplug of a President, this is your President.  This is what he did.  This is on a tape, with other compromat.

With both hands up his ass, Putin got Trump into the White House.  He owns Donald Trump.  Trump is his finger puppet.

The cast of characters implicated in messing around with the Russians include now Bannon, Kelly Ann Connor and who knows.  Last night it was reported that the NRA has been meeting their Russian counterparts, whatever that means, going on shoots together because they all love the Christian God and AK47’s. 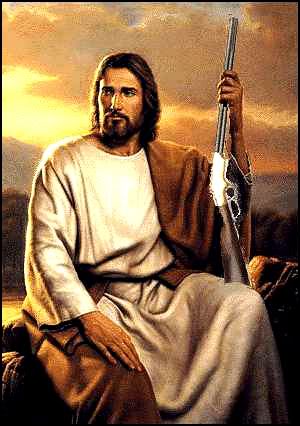 Trump fed people steeped in lies and paranoia over Clinton more lies and more empty promises, and they elected him.  His win should have been challenged in the Supreme Court– Clinton got the sane vote, the popular vote.  You women who cast your ballots for Trump should be publicaly stripped and flogged, you are such unliberated traitors.

How do you like your fair-haired boy now, O Ye Populist brainless idiots, with your pea-sized intellects?  You effectively colluded with Russia yourselves in voting for this banghole.

Wait for it:  Trump will fire Mueller this week or next.  And in the face of raging obstruction of justice, the House of Representatives and Mr’s Weak Knees Mike Pence and Mitch McConnell, you will not get rid of this half-human joke in the White House; you don’t have one iota of courage in your tepid souls.

This man has undone nearly every progressive reform, program, or plan put in place by the brilliant, calm, strong as steel Barack Obama.  But we see the contrast now, those of us unafraid to look at what has befallen the US in the face.  Russian sympathizers live in the White House while Congress pretends to be running America.

Psychiatrists have come out in force to call a spade a spade, yet no one does anything.

When we got to this point during Viet Nam, some of us, the Weatherman Faction of SDS, took to the streets, smashing windows, setting things on fire or blowing them up, and knee-capping Mayor Daley.  You see, the War was wrong.  It had to end.  The visibly corrupt government needed to be overthrown.

Some of you Trumpettes weren’t even born during that era.  But we had a slogan, borowed from the Oslo Bard:  “It doesn’t take a weatherman to know which way the wind blows.”

Out of the “Resistance,’ which can’t hold a candle to the Women’s Movement of the 70’s or the Anti-War Movement, or SDS, one can only hope for a few brave souls to go covert–and soon.

My solution for North Korea is to drone the palace.  I pray that is not what we the people must do to purify the White House of its resident traitors.