There are just too many ironies and confluences today  for me not to “blog,” to make a record and attempt to make sense of certain things.    It is mid-morning, a beautiful Spring day in Fort Collins.  One of the mares has foaled a very small pale baby I can only make out from a distance.  It is not out of the question that the mare was bred back by her own sire and sometimes this has a good result, sometimes not.  What I see is perfectly formed, tiny, already dancing at two days of age.  I could only see her through veils of rain yesterday, as I risked heading East on Vine Drive in the middle of a tornado warning; it is open there, to storms.  I thought I could see a funnel cloud off in the distance.

Tess sat next to me and then we spotted two mallards in the creek made by the rain on the other side of the fence.  She sprang to her feet, hitting me in the face with her tail.  A surge of youth and memory:  ducks!

I decided to write another chapter of my memoir of my trip to Europe, to more fully develop my time in Calabria with the man I met in Verona.  Irony the first is that I have been revising and printing out chapters and reading them to my companion who is also an ex-love, our bond having been forged now by twenty years, through good times and bad.  He is also a writer, teacher and editor and  had said he thought a scene was lacking, i.e. not erotic enough, which made me laugh as he seems so outwardly conservative and ever says to me that “that part” of his life is over.

So there I am, writing these steamy scenes, waiting for the person to come home who is no longer my lover but my friend and companion.  Anyone could see that this scenario would generate wistfulness, so that when he came in, I might be engaging in some transference and feeling some thwarted desire…

Even so, I should keep that to myself and not let it all leach out into the present and the often problematic realities of  “us,” and how amorphous and ever evolving that “us” is.  In our long talks and dinners and watchings of television and playing with the dogs and dealing with the cats, sometimes I don’t realize that if I am critical or complaining it is about something entirely different than why he forgot milk at the store.

Finally, after painful talk,  I came home and went to bed and I had a terrible nightmare.  I dreamt that I had gone out there and that he was in flagrante delicto with some friend, and that I had punched both their lights out! At one point I had whoever she was by the collar demanding to know why she slept with him and she said, “I don’t know.”   Truly. It’s funny, but it’s sad, and it’s revealing.  I haven’t had a betrayal/jealousy dream around us in a very long time.

This makes me think that inner and outer worlds are truly in collision and that my subconscious is very confused!

If I turn back to try to plunder either the present or the past for what it can no longer give me, I’m screwed.  Love takes wrong turns and it’s sometimes tempting to burn a bridge to another human being.  Then we have the bridges that no matter how hard we try, how much gasoline we’ve poured over them and how many matches lit and thrown there, won’t burn. 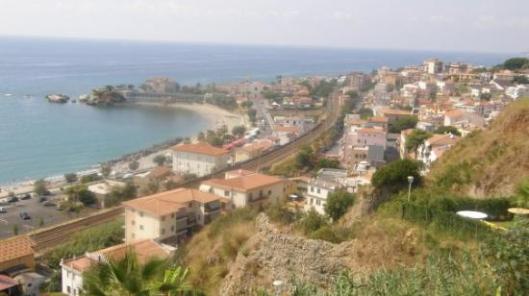 3 thoughts on “Past, Delicious; Present, Imperfect…”