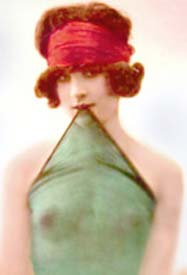 There’s a lot going on to think and write about.

This afternoon, etching itself with a red-hot branding iron on my consciousness as I woke from a nap, the need to write about the recent abrogation of my right to self-expression.

I have come with my writings in a red bandana recently from a writer’s social media site I shall call the Red Roof.  The Red Roof doesn’t have moderators, it has a CEO whose initials are the same as for Instant Messenger, and an editor we will call HB.

A number of literary luminaries have been lured to the Red Rooftops where they are paying supporters of the site, which pays Instant Messenger’s rent. Some of these because they pay, , get away with tasteless posts and graphics– like photos of themselves holding guns.

Similarly astoundingly lacking in class, the column I read today by a high-profile sports writer on the West Coast who has a radio show and must have blogged drunk at 3 a.m., a nearly 2000 word rant calling Barack Obama Dumbo at least ten times, going on and on about the birth certificate non-issue again, taking jabs at a number of other black people, sneering at Sotto-Mayor, saying she was picked because she’s a woman, and generally covering his perch on  the Red Roof with drek.  Even a small percentage of royalties from his alleged fifteen books would pay IM’s rent on her bricks and mortar writers’ hang out; ergo, his invective is still there.

Last week li’l ol me, thinking that as a fellow of the National Endowment for the Arts in Literature, a published poet, former Poet in Residence of the St. Paul Schools, having been thrilled to come out of several decades of seclusion into a community all a-buzz with books debuting, books being reviewed, writers starting out, writers hitting the jackpot, thought that I could make honest comments and be myself in my posts and dared to say that the gun photo was melodramatic– gently, couched in a compliment, to the writer whose photo it is.

Meanwhile I thought that perhaps I would leave a warm hello and “terrific short story, loved it” comment on the site of someone who used to be married to a family member who has since died– operating on the theory that time heals wounds and that heels get over family b.s.  and here we were in the warmth and support together of a true writers’ community.  Not so.

I don’t know what happened first, the jerking of the comment on the short story, or the evaporation of my response to IM’s defense of the gun-shot in which she suggested that I should have a gun in my photo.  My comment back at her was:  Do not reference me in a post to someone else in this manner.  I don’t need a gun, and I don’t want one.

Well, look out if you stand up to the CEO of the Red Roof.  You are subject to spontaneous combustion of her underpants.

In two weeks I had written, for the site, five strong pieces,  participating in the blog topic of the week– these “triggers” being somewhat inane, like, “define happiness for you”  and “What’s your favorite poem…”

I commented diligently on several people’s work, in the spirit of giving gently honest feedback.  I carefully chose new poems and memoir to upload, as well as nice photographs, had a lot of fun, and I felt part of something.

There was only one thing to do to keep the ball rolling.  You can read the posts, comments, and uploaded work of someone who reminds more of myself than anyone I have ever met, and has graciously agreed to be my proxy for now; see link.   Her photo, she tells me, is from a long time ago when she was modeling and sold a free-to-use pic to someone on the Net (where did all the emoticons go…)

5 thoughts on “Great Balls of Fire…”